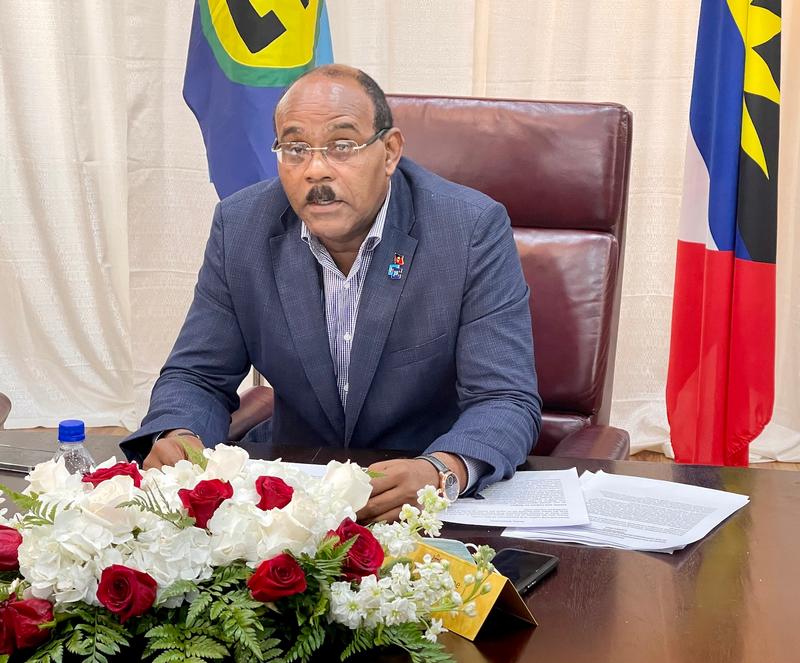 ST. JOHN’S, Antigua and Barbuda – 14th July, 2021……PM Gaston Browne, Wednesday afternoon convened a meeting of the Bureau of the Conference of CARICOM Heads of Government for a two-hour meeting with a single item on the agenda: Haiti.

The Bureau consists of the CARICOM chairman, the incoming and immediate past chairs, as well as the CARICOM Secretary-General, and serves as an executive committee of the larger grouping. The Bureau is also seen as a quick-consult mechanism to facilitate speedy decision-making and to stay on top of events. It allows for the Bureau to move ahead with decisive action while canvassing the views of their colleagues to achieve consensus.

At present the CARICOM Bureau comprises PM Gaston Browne as incumbent chair; PM Keith Rowley of Trinidad and Tobago as immediate past chair; PM John Briceno of Belize as incoming chair; and Ambassador Irwin LaRocque, Secretary-General. The Bureau is also an open-ended institution so that any Head of Government who wishes to join may do so. PM Gonsalves of Saint Vincent and the Grenadines also chose to join the meeting.

The full membership of the CARICOM Heads of Government Conference met for their traditional July Summit over 5-6 July, only hours before President Jovenel Moise of Haiti was assassinated in a stunning geo-political development. Since then, the question of Haiti has dominated CARICOM’s agenda, as CARICOM engages in diplomatic outreach to major international powers as well as to the different political forces in Haiti.

The meeting was briefed by Haiti’s interim Prime Minister Dr. Claude Joseph on the current situation on the ground in Haiti. He briefed the meeting on the political and security dimensions of the challenges now faced by Haiti.

St. Vincent and the Grenadines, currently a non-permanent member of the UN Security Council, was able to brief the meeting on the deliberations in that body, which held a special meeting on Haiti on 8th July.

Heads examined the conditions necessary for free and fair elections in Haiti, as well as a possible timetable for preparing the conditions that would ensure the election’s success. Heads were of the view that successful elections were a critical factor in attempting to achieve a resolution of the political impasse and that CARICOM needed to position itself to support an emerging Haitian political consensus on the way forward.

Towards the end of the meeting, the Heads turned their attention to the situation in Cuba and agreed on a two-track approach to what they saw as a potentially dangerous escalation of events with serious implications.

Office of the Prime Minister