The Government has also decided that, in keeping with Antigua and Barbuda’s commitment to the economic integration of the Caribbean region, the elimination of work permits for persons who are gainfully employed, will be extended to people from the Dominican Republic.

In combination with an earlier Government decision to waive all unpaid work permit fees, which were due up to 31st December 2022, this means that all nationals of CARICOM countries and the Dominican Republic who are now in Antigua and Barbuda and are gainfully employed will not be required to pay for a work permit.

These decisions are an acknowledgement of (i) the role that our Caribbean brothers and sisters have played, alongside native Antiguans and Barbudans, in the development of our country; and (ii) the need for labour as our economy expands.

Antigua and Barbuda is a founding member of CARIFTA, which preceded the establishment of CARICOM.  Antigua and Barbuda is also a founder of the Organization of Eastern Caribbean States, whose nationals already enjoy freedom from work permits.  Two of our National Heroes, Sir Vere Cornwall Bird and Sir Lester Bird were committed regionalists, as is a third National Hero,  Sir Vivian Richards, who led CARICOM nationals in the West Indies Cricket team – the most integrated sport in the Caribbean.

Antigua and Barbuda is continuing to live-up to its commitment to regional integration. 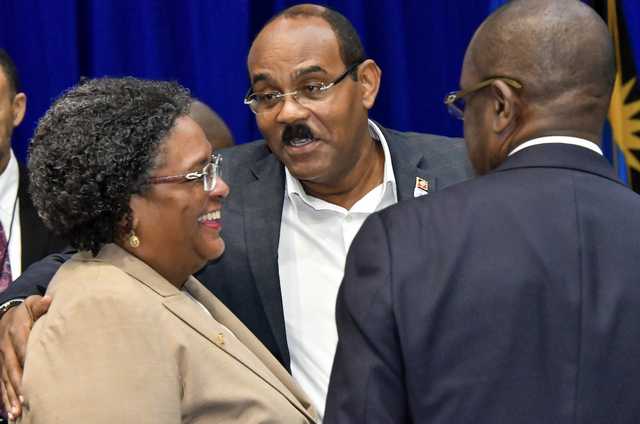